Ruddigore (1887) is a two-act operetta by musical-comedy duo Gilbert & Sullivan. As a whole work, it is meant to satirize contemporary melodramas and the narrative cliches associated with them. Writer WS Gilbert utilized multiple humorous transformative techniques in pursuit of this goal (naturally, as satire is by nature transformation). For example, villainous roles then were frequently members of the aristocracy (particularly barons and baronets) and exaggeratedly, cartoonishly evil. Ruddigore makes light of this archetype with two clear narrative "tricks": 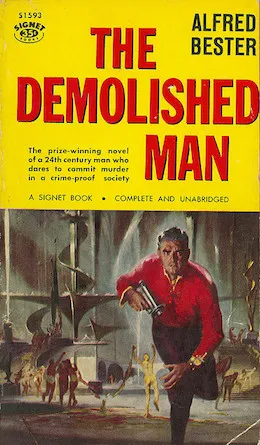 The Demolished Man is a 1952 science fiction novel by Alfred Bester, in which some people have developed the ability to read minds and communicate telepathically. These telepaths occupy their own niche in the workforce (generally as intelligence or security professionals) and frequently stick together very closely. Telepath-focused (run by telepaths, for telepaths) organizations exist to help telepaths find work and solidarity within the greater telepathic community. It is very clear throughout the work that a unique "telepath culture" was born to capture the unique aspects of living life with telepathic capabilities and create a comfortable space for telepaths to communicate in a society where they are minorities and/or met with distrust. Readers who belong to analogous real-life communities (specifically those with physical disabilities and/or the neurodivergent) may identify with this characterization more closely, as it mirrors in fairly accurate fashion the approach non-"abled" people have taken to building solidarity with each other and collectively empowering themselves. 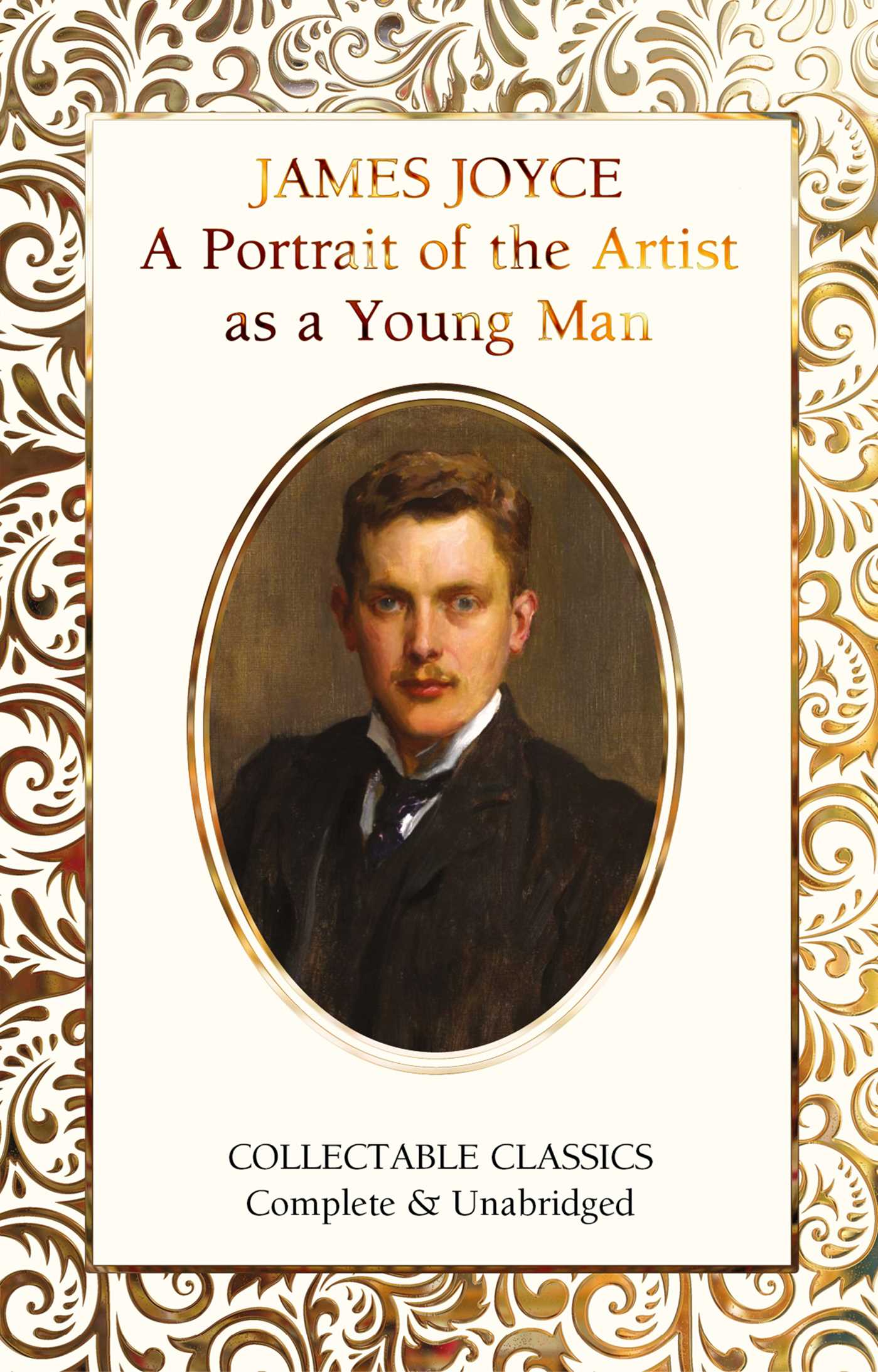 A Portrait of the Artist as a Young Man is a 1916 novel by James Joyce. Its protagonist, Stephen Dedalus, is widely considered to be Joyce's literary "persona" or "self-insert." This is because Joyce's own identity figures heavily into Dedalus' - for instance, both were Dubliners raised Catholic. The experiences tied to this identity appear frequently throughtout the novel, and they are shown to affect Dedalus' life significantly. Dedalus drops in and out of religion, sees his family (especially his father) torn between the Church and politics, and becomes an artist/writer. Even the book's writing style puts Dedalus' sense of self at the center - its vocabulary and syntactical complexity grow as he does, and there is a distinctly Irish feeling to the dialogue (e.g. "Is that called a tundish in Ireland? asked the dean. I never heard the word in my life."). Had Joyce been born and brought up elsewhere, Portrait of the Artist would not exist.


Yourself Portrait was a performance art piece made by the California-based artist and illustrator Leirin. Viewers were invited to scrape paint off of a painting with a palette knife, which would reveal a mirror (and thus their reflection) underneath. Creativity is based upon subversion - the act of defying viewers’ expectations and presenting meaning in a new, individual, and unusual way. In this case, viewers are normally spectators to artwork. There are both physical and mental barriers that separate them from art, both of which stem from the presentation of artwork as something to be perceived, analyzed, and preserved. Yourself Portrait subverts this relationship - its purpose is to be not only touched and interacted with, but rather modified in a way that is normally considered destructive. Furthermore, it directly connects to its viewers by reflecting their faces in the mirror (from which they personally removed the paint) underneath. This manifestation of creativity bridges the gap between viewers and art, thus making them more invested in its concept and intent.

The Mind Electric is a progressive rock song by the cult indie group Miracle Musical. Over the past decade, it has gained a following for being both lyrically and musically impenetrable. Knowing the workings of communication (in a literary context) is key to understanding both it and its fanbase, as many of the speculation surrounding it is derived from its writer's - Joe Hawley - intentional vagueness. The song does put forth some kind of meaning, but its (also intentional) surrealistic writing prevents any particular understanding from gaining widespread acceptance. Most (if not all) interpretations are built off of the imagery Hawley emphasized within it - insanity, electricity, destruction, possession, the weakness of the human mind. In a way, all of these different "alternate retellings" of the song serve to metaphysically communicate a (very) possible aspect of its meaning: that in the throes of insanity/unreality, one cannot trust their mind to know what is/was real except for what was felt directly. If that was indeed Hawley's purpose, then the song is unusual in that he is intentionally giving his listeners "co-ownership" of its meaning.

IDENTITY: The concept of identity comprises all of the cultural contexts, beliefs, and relationships that impact an individual’s life and color their perception of external information. It is normally formed through circumstances of birth (such as race, nationality, and gender), as well as all of the experiences inherent to them. People from third-world countries with histories of governmental corruption, for example, might be more aware of when it is portrayed in fiction. Someone who lived during a period of time or in a place in which racial slurs might have been acceptable is more likely to use them in the present day. In literary analysis, being aware of the author’s identity as well as the reader’s is crucial to one’s understanding of a text. There is always a basic, observable truth within every work, but the way it is presented or understood is highly subjective to its viewer’s identity.
The painting Hylas and the Nymphs’s original meaning has been subject to hundreds of years of change since its creation. It depicts a mythological scene: a ruddy youth, his expression in shadow, is bending down to and locking gazes with a nude water nymph who is pulling down on his arm. She and multiple other nymphs are standing in water so murky that it is impossible to make out anything under the surface. Contemporary audiences, who romanticized female purity and chastity, likely saw the nymphs as evil and “soiled” women who led men astray. The nymph pulling Hylas down into the black water (where she presumably lived) would have been an allegory for the attractive nature of their general immorality and sexual degeneracy, as well as the marred state of their own souls. The average man’s identity then would have been influenced by Biblical morals, his family’s gender roles, and Romantic doctrines for womanhood. Feminism did not exist in any respectable capacity, and thus was not an influence upon his perception.
In this era, however, feminism has greatly impacted the way society at large interprets portrayals of women. A woman who has grown up with or been exposed to feminist ideals might see Hylas as a pro-woman role reversal. Men treat women like objects to use and discard, but here the (female) nymphs are the ones using Hylas. It is obvious from their severe expressions that they are in control of him. He is so enamored that he is unaware that they are planning something. The “sexual degeneracy” angle is not so present through this lens - rather, it is more a general understanding that the nymphs are going to do as they please with him.
Whether or not these interpretations have the same weight depends on the viewer. One might say that the nymphs are not in control because they still have to rely on self-objectification or the “male gaze” to get what they want, but another might say that they are sexually liberated. It all depends on perspective - a product of one’s identity.

PERSPECTIVE: Perspective denotes one’s viewpoint, specifically in the context of discussion and interpersonal relations. It is different from identity in that it is an active process while the former is simply a set of ideas and experiences. Perspective can apply to both metacognition and external information, and it is formed through weighing choices and experiences. The way one perceives him/herself may greatly differ from the way others view him/her, as both parties know, see, or believe things that are unique to themselves alone. In literary analysis, perspective can be used as both a narrative device and/or a way to build upon one’s understanding of the text as a whole.
Perspective fills in the former role within Percy Shelley’s poem Ozymandias. The central meaning of the poem deals with the ephemeral, foolish nature of earthly pride, which is represented by a once-grand abandoned statue in an unnamed desert. Most of the poem’s narrative is written from a contemporary man’s perspective - one who has come after so many centuries of history that he is unfamiliar with the land where the statue resides. It is unknowable and shrouded in mystery to him. He bluntly describes the statue’s state of decay - it is shattered, broken in two, stranded in the middle of the desert while for miles. From his perspective, the statue is a pitiful curiosity. In the middle of the poem, however, his description overlaps with the statue-king’s own perspective. The king was so absorbed by hubris that his placard was made to forever read: “Look upon my works and despair.” Yet, by the time the narrator came along, his empire was so fallen and decayed that, in a darkly comedic twist, there is simply nothing to look upon. This contrast between the sober, still perspective of the narrator and the dreamy, inflated ego of the king makes the message so much more prominent: becoming too caught up in one’s earthly glory will make one a fool for eternity.